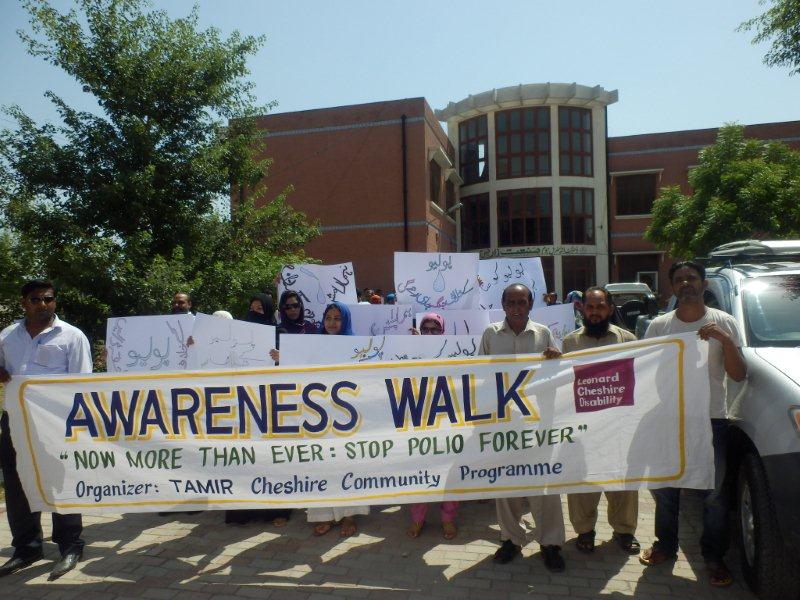 Tamir Cheshire Community Programme, (TCCP) www.tamir.org Pakistan has been partner with Ministry of Social Welfare department since 2000 in the eradication of polio from the society. Government has double its efforts to create awareness in the society regarding polio vaccination and its campaign. This summer, as part of a campaign targeting 27.7 million children across Pakistan, authorities arrested 470 parents in the Peshawar region for refusing to allow their children to be vaccinated.

The number of confirmed cases has grown from 58 in 2012 to 328+ in 2015 coinciding with increasing attacks on polio workers – 79 vaccinators or security staffs working to protect them have been killed since 2012.

TCCP alongwith Government officials, parliamentarians and members of civil society carried out Polio Awareness Rally in the District Faisalabad. Participants have play cards with the massage of polio eradication and promotion of vaccination.

Polio vaccinators across Pakistan are facing increasing resistance and threats as they seek to prevent a growing caseload of sick children.Women are frequently targeted, with hard line clerics criticising their presence in the field, arguing they should be at home.